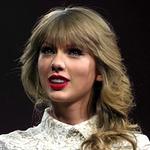 In an interview with The Guardian, before being interrupted by kitties, Taylor Swift said

I’m kinda used to being gaslit by now, and I think it happens to women so often that, as we get older and see how the world works, we’re able to see through what is gaslighting. So I’m able to look at 1989 and go – KITTIES!

Source >
This user contribution was reformatted and added to the record of Taylor Swift’s views on 28 Jul 2022.