Ryan Gosling talks about his experience in Chad 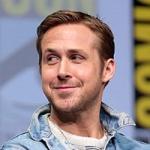 In an interview with JoBlo, Ryan Gosling said

Two years ago I went to the Darfur refugee camps in Chad and I was shooting a little piece of a documentary on the conditions in the camps. And I think with anybody who goes to Africa, the experience never leaves, certainly the kids don’t. It was there that I learned of the whole phenomenon of child soldiers and night commuters, and this whole situation in Uganda of a 20 year conflict, with 30,000 kids abducted and 1.5 million removed from their homes.

It’s gruesome. It’s like a Grimm’s brothers fairy tale, you can’t believe it.
I for myself, I need to know what I was hearing was true. It’s a great thing about this job, that you have the luxury to go to places like this and have access to people who have made this their life’s work. I’ve been sitting down with people who have been involved for the twenty years. I get to learn from
them and spend time with them, and then I’m given a platform to talk about those experiences. Some people find it irritating but I don’t think we have a choice. If you see those things and you’re given the opportunity to talk about them, you have to.

Source >
This user contribution was reformatted and added to the record of Ryan Gosling’s views on 28 Jul 2022.