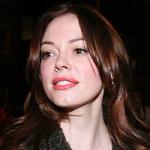 In an op-ed in The Advocate, apologizing for a statement she made about the gay community, Rose McGowan said

I was on Bret Easton Ellis's podcast the other day discussing sexism and misogyny. I made a dumb generalization, and for that I apologize. For everything else I said, no, I will not.

Where does it say that because of a man's sexual orientation, I don't get to point out a character defect that some of them may have? When equal pay for women was voted down by every male Republican, there was no LGBT outcry. I wondered why that was. After all, lesbians are women — this affects them too, right?

Misogyny infuriates me and it endangers me as a human. It also endangers the LGBT community. Empathy for the plight of women isn't making it better. Your voice will.

Could I have articulated my frustration in a better fashion? Undoubtedly. For that I apologize, but I stand by my overall point. The rights that have been earned by the community are simple civil rights.

What I want is for gay rights activists to help other disenfranchised groups. These activists are experts while so many other groups flounder. It’s time to share the wealth and knowledge. And I will correct myself and my off-the-cuff comment — gay men certainly aren’t more misogynistic than heteros, but I’ve met some who have come damn close. In some ways, it’s more damaging, because it’s coming from men that have faced so much hate.