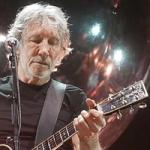 In an interview with Peoples Dispatch, Roger Waters said

[Cuba] has managed to stay there, a thorn in the side of the Monroe Doctrine and everything else that’s bad about United States imperialism.

But Fidel Castro and the revolution and the people of Cuba — the good, the people of Cuba — in their steadfast struggle not only have resisted the attempts by the United States and some of them crude, crude invasions — the Bay of Pigs being the most notable example — but they have spread their enduring love for their brothers and sisters all over the globe in small and large ways.

Imagine Cuba without having to live under the jackboots of American international financial muscle. Like Cuba has had to, since its inception and like Venezuela, has had to say for the last 20 years, you know, and like Nicaragua, has to — you know how they have to fight against this huge weight of money pouring in all the time.

I’ve no idea what it might be and I’m sure that may be the case, but if you hand the country back to the gangsters back to the mob back to the United States government who has a history of doing nothing but rape and pillage wherever it is in the world will the situation be better for the people? No, it won’t, any more than it would be better for the people if you gave them Venezuela which is they desperately want because they want the oil and they want all the other minerals you know.