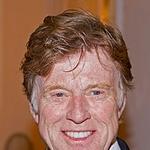 In an Op-Ed for CNN, Robert Redford said

Instead of words that uplift and unite, we hear words that inflame and divide.

When someone retweets (and then deletes) a video of a supporter shouting “white power” or calls journalists “enemies of the state,” when he turns a lifesaving mask against contagion into a weapon in a culture war, when he orders the police and the military to tear gas peaceful protestors so he can wave a Bible at the cameras, he sacrifices – again and again – any claim to moral authority.

Another four years of this would degrade our country beyond repair.

Source >
This user contribution was reformatted and added to the record of Robert Redford’s views on 16 May 2022.