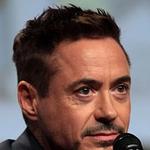 In an interview with The New York Times, when asked if he's religious, Robert Downey Jr. said

I’m not above it. But like Jung said about people using religion to avoid a religious experience, I have managed handily to avoid a religious experience. I don’t know where I fall. Spiritual Green Party? There were times when I was into the whole Hare Krishna thing, which is pretty far out. Now I would call myself a Jew-Bu, a Jewish-Buddhist. But there were many times when Catholicism saved my butt.

Source >
This user contribution was reformatted and added to the record of Robert Downey Jr.'s views on 15 Jul 2022.
1 Like