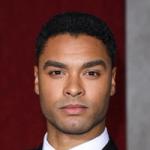 In an interview with NPR, talking about his role in Bridgerton, Regé-Jean Page said

And so I was like, well, where are we at with discussing masculinity? How can I contribute to something of a feminist lens to this while examining the male hero in this story? And I thought that part of that is bringing in this conversation that we have contemporarily of masculine vulnerability and where the strength in that lies and where the redemption in that lies and where - what's appealing about that in a romantic hero and what we're looking for in our lovers in the 21st century.

I think it’s - we’re at a point in history where kind of since you had Jane Austen, the Bronte sisters, Mary Shelley start writing these books that we’ve kind of adapted into the genre of the period drama, we’ve had, like - what? - four or five waves of feminism since then. And the genre on television appears has stood fairly still. And so we kind of wanted to see what we could do to advance that in the lens of the show. I think we’re at a point in history where, generally, people consider themselves to be feminists in the sense that we believe in the equality of the sexes. And so how can we bring that agenda into the editorial stance of the show? And for my part, that’s in the male romantic lead. And so…

Source >
This user contribution was reformatted and added to the record of Regé-Jean Page’s views on 28 Jul 2022.