Rafael Nadal would rather continue training during COVID-19 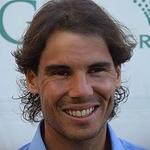 In an interview with El País, Rafael Nadal said

If some people are going to work at construction sites… A mountain climber and a triathlete have the ability to train alone. I am not demanding anything, and tennis is not the first sport that should come back, as ultimately you need at least two people to play. But there are some sports that are completely individual. Why can’t athletes go running by themselves? This is our job.

The economic situation cannot be salvaged, because some activities such as tourism cannot be saved. The world is suffering a pandemic, so people cannot travel and that is an inevitable situation, but I feel that when it comes to saving lives, things could have been done differently. If preventive measures had been adopted earlier, it would have avoided the need for all the extreme measures we took later. Don’t take this as criticism of the government, because ultimately this has overwhelmed me too. I did not think that I would ever go through something like this, and I accept my share of blame for it.

Nobody had been expecting it, but the people in charge here should have had access to all this information, and in that sense, I do believe a mistake was made.

Source >
This user contribution was reformatted and added to the record of Rafael Nadal’s views on 13 Aug 2022.