Madonna angry and upset about the results of the election 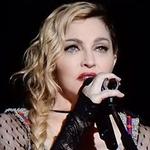 During a speech at the Women's March on Washington, Madonna said

It took this horrific moment of darkness to wake us the fuck up. It seems as though we had all slipped into a false sense of comfort, that justice would prevail and that good would win in the end.

Well, good did not win this election. But good will win in the end.

Yes, I’m angry. Yes, I am outraged. Yes, I have thought an awful lot about blowing up the White House. But I know that this won’t change anything. We cannot fall into despair.

Source >
This user contribution was reformatted and added to the record of Madonna’s views on 27 May 2022.