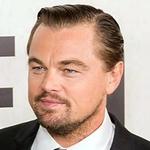 Right now, we have a huge election coming up in the United States, a pivotal point in American history. Obviously, I've been very involved with the environmental moment, and one of the candidates have a better environmental policy in my opinion. That's on a personal note. But for me, the big thing is to get the youth vote out there. I've been doing a lot of work to galvanize and energize the young people out there who really in the last two elections didn't show up in the way they should've. In the last election, over 70% of old people went to volte, and only 40% of registered young people went to vote. So, we need to get a real representation of our country by the people who are going to be affected by the policies the next president puts in effect in the next 50 years. And until we get there, we won't get a real representation of what the country wants.

Source >
This user contribution was reformatted and added to the record of Leonardo DiCaprio's views on 3 Apr 2022.