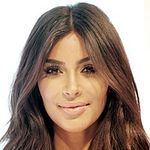 In a string of tweets, Kim Kardashian said

Yesterday 19 children were murdered by an 18 year old, and I find myself heartbroken, disgusted and furious about how little has been done by law makers to enact gun laws that protect our children.

There is no excuse and no justification for what happened yesterday. The current laws in our country around gun control are not protecting our children. We have to push law makers to enact laws that are fitting in today’s world.

Semi automatic weapons, assault weapons, weapons of war, should not be legally sold or owned by American civilians. They should be banned. Period.

AR-15 style semi automatic rifles were used in Newtown, Parkland, Aurora, San Bernardino, Orlando, Parkland, in the Buffalo shooting 10 days ago, and reportedly in yesterday’s shooting. Assault weapons are not a self defense tool. They are sophisticated weapons, designed to kill.

Assault weapons didn’t even exist when the Second Amendment was written. We have to stop allowing people to use a sentence written centuries ago when technology, times, humanity were completely different, to dictate how we regulate gun ownership, & how we protect our kids today.

Source >
This user contribution was reformatted and added to the record of Kim Kardashian’s views on 9 Jun 2022.