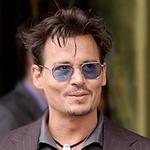 As the majority of American people, our global community and our extended family of humans helplessly watched a man die on television… I too, was exposed to the atrocity of blatant barbarism, ruthless cruelty and unmitigated lack of humanity. A handcuffed man, pleading for his life lay prone with the full weight of a man sworn to defend the peace on his neck. The victim of this heinous act of cowardice, George Floyd, told the officers that he could not breathe. As he called for his dead mother, how could our collective hearts not break as his face was ground and mashed firmly into the pavement by those sworn to protect him, and all of us? Justice, I desperately hope, will address the horror of Officer Chauvin’s nonchalance and indifference to his participation in the agony, suffering and ultimately the murder of our fellow traveler George Floyd in a grotesque illustration of the abuse of power!!!

There is no way to make sense of what is senseless. There is no way to restore a life that has been taken. Just as there is no way to un-break a heart that is broken. What we can do is make a vow to ourselves that racism and the ignorance inherent in such judgmental ugliness that it gives birth to, is NO LONGER AN OPTION!!! THERE MUST BE A CHANGE!!! DEMAND IT!!!

Source >
This user contribution was reformatted and added to the record of Johnny Depp’s views on 15 Jun 2022.