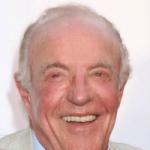 In an interview on Jerusalem, James Caan said

I’m very pro-Israel, and I can’t like anybody who isn’t.

It’s a pretty dangerous world, so given the choices – which are not really wonderful – I am supporting Donald Trump in the hopes that his ego won’t get in the way, and that he’s smart enough to hire good people. We don’t know that, but we pretty much do know what Hillary will do. So if Trump listens to the people he hires and he has a great cabinet, the scale tips that way for me. We need a hawk right now.

That pisses me off when they talk about all these Hollywood liberals. There’s a whole bunch of us who are conservative. I find it offensive when actors go on news shows and spout their political views. They don’t exactly have political science degrees, who cares what they think?

Source >
This user contribution was reformatted and added to the record of James Caan’s views on 19 Jul 2022.