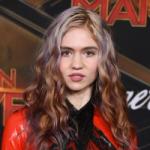 I don’t want to have to compromise my morals in order to make a living.

I don’t want to be molested at shows or on the street by people who perceive me as an object that exists for their personal satisfaction.

I’m tired of men who aren’t professional or even accomplished musicians continually offering to ‘help me out’ (without being asked), as if I did this by accident and I’m gonna flounder without them. Or as if the fact that I’m a woman makes me incapable of using technology. I have never seen this kind of thing happen to any of my male peers.

I’m tired of being considered vapid for liking pop music or caring about fashion as if these things inherently lack substance or as if the things I enjoy somehow make me a lesser person.

I’m sad that my desire to be treated as an equal and as a human being is interpreted as hatred of men, rather than a request to be included and respected. I promise I do not hate men at all, nor do I believe that all men are sexist or that all men behave in the ways described above.

Source >
This user contribution was reformatted and added to the record of Grimes’s views on 19 Jul 2022.