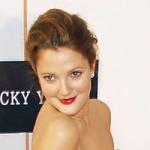 In an interview with The Late Show With Stephen Colbert, talking about the #MeToo movement, Drew Barrymore said

I think it’s phenomenal and overdue and wonderful. The only thing I ever have a personal thing about is tone. I don’t want anything to have a tone of anger.… I’ve never been an angry person and I never expected people to hand me anything and I never expected them to believe in me. I had to create enough homework and data to show and prove to them. So, I want—I hope—for people that they won’t do it with anger and expectation, because what you really have to do is prove that you are capable, and what this important time is about is those doors opening.

It was in the era of that Hollywood power-suit woman—women were becoming heads of studios, but they were almost trying to be men about it, and we were like, ‘We’re just girls, but here’s how we would make Charlie’s Angels.’ And we would show and make clip reels and prove ourselves, and we would leave no doubt or favors to be asked. And I think it’s important for women to work hard at their dreams and to do it without anger, and I know this is a taboo thing to say in this time because it’s ignited by anger.… But I can assure you that if you have the abilities and you stay positive and you don’t expect things to be handed to you, but you really work towards them, all the greatness will come. Because I was never treated like a little girl who couldn’t do it.… I say, take the positive and capable approach and be tireless about it. Never, ever stop working.

Source >
This user contribution was reformatted and added to the record of Drew Barrymore’s views on 16 Jun 2022.