Corey Taylor and thoughts on politics 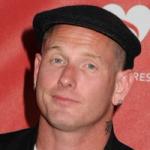 In an interview with Forbes, Corey Taylor said

The problem is that people on both sides are absolutely exhausted by the energy of the other.

Look, there’s a very clear list of things that you should be offended by: anything racist or anything that has to do with trying to kill people. Everything else is open to interpretation and it all depends on where you grew up, who you grew up with, and what you think in your own f***ing head. And it’s a war for the language right now. A war for the language that we use and that we’re allowed to use.

I get it on both sides. I usually try to stay in the middle and say the things that need to be said, that aren’t weighed down with the jargon. But, because I’m perceived on both sides as being on either side, it’s a “shut up and sing” situation.

The liberals think that I’m this knuckle-dragging mook who just wants to drink Mountain Dew and smoke Marlboro Reds and stare into the sky. The far right thinks I’m this liberal snowflake who wants everybody to get their paychecks so we can all drink jasmine coffee and pick each other’s asses. I’m neither, man! I think you're all full of s***!

But at the same time, it’s a great vantage point, I love it. I watch everybody talk s***, and I go, “None of you know me, I’m not gonna take any offense to any of this.

Source >
This user contribution was reformatted and added to the record of Corey Taylor’s views on 18 Jul 2022.