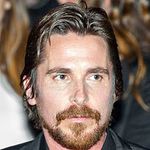 In an interview with the Press Association, Christian Bale said

In terms of their ability to understand government, there’s no comparison. Trump doesn’t understand it, Cheney did, that’s what made him so powerful, these decades within the government.

Whereas Trump is sort of a clown by comparison. Clowns can do a lot of damage but fingers crossed in the next two years that doesn’t happen.

But I would say because of his enormous ego, Trump is actually far less dangerous - providing he doesn’t go bloody pushing the button - than Cheney.

Source >
This user contribution was reformatted and added to the record of Christian Bale’s views on 4 Jul 2022.