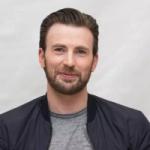 In a tweet, in response to news of Donald Trump talking about a protestor removed from rally: "That guy's got a serious weight problem. Go home, start exercising.", Chris Evans said

Can my reaction even be considered sanctimonious when the behavior in question falls short of the morality we would expect from a shitty playground bully?

This chasm of moral leadership we’re living through has his name all over it.

Source >
This user contribution was reformatted and added to the record of Chris Evans’s views on 25 Jul 2022.