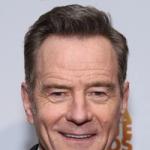 In an interview with POLITICO, Bryan Cranston said

I think she more closely represents what I’m interested in from a social aspect. I would like to see her get more closer to the middle, and even to — possibly even to the right of middle, when it comes to financial aspects of her proposals. I personally feel that I’m a social liberal but a fiscal, I wouldn’t say conservative, but definitely leaning on that side. Because I don’t run my house that way, I don’t pay for something that I can’t afford and I don’t think the country should either.

Source >
This user contribution was reformatted and added to the record of Bryan Cranston’s views on 7 Jul 2022.