Ben Shapiro thinks that plastic straw ban is not necessary 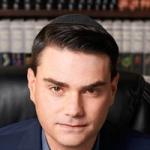 In an opinion piece for Newsweek, Ben Shapiro said

Now, is such a straw ban necessary? Not really. The oft-cited statistic that suggests that Americans use 500 million straws per day is utterly nuts, and based on the research of a nine-year-old. Seriously. Five countries are responsible for 60 percent of all plastic waste dumped in the ocean: China, Indonesia, the Philippines, Thailand and Vietnam, according to a study released by Ocean Conservancy and McKinsey. The United States ships a lot of our waste plastic to China for recycling, for example, and China then reportedly dumps it in the ocean.

But it doesn’t make us feel good to spend time on actual problems. It makes us feel special to plaster “SAVE THE WHALES” bumper stickers on our Priuses and withhold our approval from bendy straws. It gives us that little surge of do-gooderism, with little actual sacrifice—except from businesses that will have to pick up the cost of buying more expensive alternatives. Will all of this have any major impact on the environment? Of course not, just as Mayor Michael Bloomberg’s soda ban fizzled out.

Source >
This user contribution was reformatted and added to the record of Ben Shapiro’s views on 6 Jul 2022.