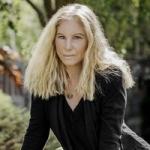 In an interview with The Hollywood Reporter, Barbra Streisand said

I’ve always thought women are intrinsically powerful. And some men still don’t want the competition. Thirty-seven years ago, the industry was mostly run by men. Directors were mostly men.

It’s taken years for women to accept their own power and say, “I can do this!” Initially, I was looking for someone else to direct Yentl, until I realized that none of the men I approached had as strong a vision of this movie as I did. So I took the chance.

It’s only recently, with the #MeToo movement, that women have come together in strength to support each other. And that makes a huge difference.

Source >
This user contribution was reformatted and added to the record of Barbra Streisand’s views on 19 Jul 2022.