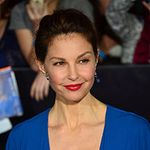 In an article written for The Daily Beast about media commentary on her appearance, Ashley Judd said

The assault on our body image, the hypersexualization of girls and women and subsequent degradation of our sexuality as we walk through the decades, and the general incessant objectification is what this conversation allegedly about my face is really about.

Source >
This user contribution was reformatted and added to the record of Ashley Judd’s views on 15 Jul 2022.