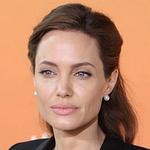 The climate crisis is a human crisis. After decades of inaction, the climate emergency is accelerating, and human displacement is one of its most devastating consequences.

Globally, 80% of people fleeing conflict and persecution come from countries on the front lines of the climate emergency. Climate change is amplifying vulnerabilities and threats such as conflict, poverty, and food insecurity, which increasingly drive people from their homes. In Mali, for example, vital lakes have dried up, leaving families unable to farm, fish or keep livestock - without the bare means of survival. Many people are forced to flee to their homes - only to find that there too people are suffering from drought, rising temperatures, decreasing rainfall and bushfires.

It is unjust that the people who are most vulnerable to climate change - and who have contributed the least to it - are the worst affected. There is no solution to climate change and to global instability that doesn’t start with supporting the rights and needs of people on the frontline of the crisis, as well as protecting the environment.

Source >
This user contribution was reformatted and added to the record of Angelina Jolie’s views on 14 Jul 2022.