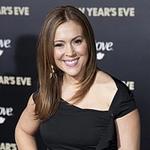 In an essay written for the Daily Beast, Alyssa Milano said

Just about a half-century ago, things were looking up for women in America. In 1972, Congress passed the Equal Rights Amendment, which upon ratification by 38 states would enshrine constitutional equality for all of us. And then, in 1973, the Supreme Court ensured women would have the freedom to control our own bodies when it affirmed the right to abortion in Roe v. Wade. But now, fifty years later, women are just weeks away from losing our most basic protections and our very bodily autonomy because of the cowardice of our government and a decades-long campaign by the extreme right to control and commodify us. We can’t let it stand—and the good news is that we don’t have to, if the president will simply grow a pair of ovaries and act.

Right now, President Biden could pressure the National Archivist to publish the ERA, making it the 28th Amendment to the Constitution. We need to be ensuring women have EQUAL rights enshrined in the Constitution, not reducing or rolling back rights they already have. It is mind-boggling that instead he is following in the footsteps of Donald Trump. Women helped elect President Biden. Now, we’re calling in our investment. He must do everything in his power to enshrine our rights as Americans and to our own bodies in the Constitution. And he has to do it today, before SCOTUS reverses Roe.

Source >
This user contribution was reformatted and added to the record of Alyssa Milano’s views on 17 Jun 2022.