Alanis Morissette is a feminist 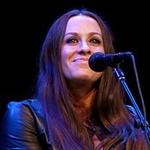 In an article written for Time Magazine, Alanis Morissette said

Often when I’m being interviewed about my career and music, I’m asked whether I am a feminist. What the interviewer means depends on who’s doing the asking and what their take on the feminist movement is. Sometimes it’s rhetorical. Other times, a thinly veiled indictment. My answer is always yes. I have never been apologetic about this, but rather deeply passionate. It is an honor to be considered a feminist.

A focus on empowered versions of both the masculine and the feminine will serve us better than having either quality be seen as better or worse than the other. We need both. And that is why I see the feminine movement as the next step in our evolution toward liberation on this planet.

Source >
This user contribution was reformatted and added to the record of Alanis Morissette’s views on 9 Jun 2022.